Despite its dark historic associations, gothic, or blackletter, type is still in use today, and not just in hackneyed representations of horror. In addition to its prevalence in certain music genres, contemporary designers are rediscovering blackletter and reclaiming it. 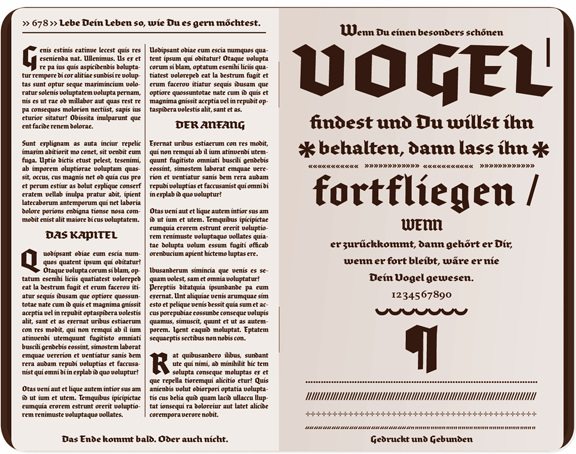 A poster for recent Jim Jarmusch ‘horror’ film Only Lovers Left Alive uses FF Brokenscript, a modernised version of traditional blackletter that retains all the defining angled cuts and snake tongue-esque forked stems, but with some some much-needed legibility. 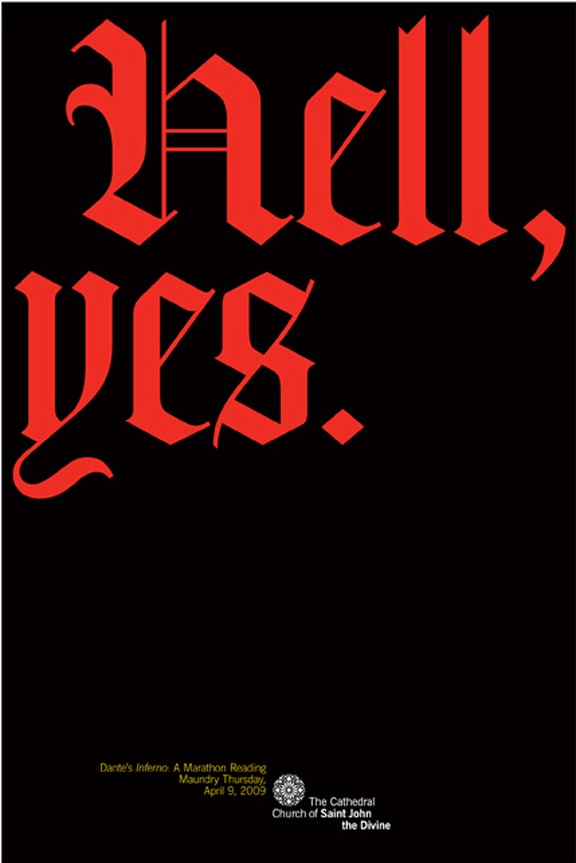 Its roots in the religious are also being explored, albeit in a somewhat tongue-in-cheek way, and gothic type found a renewed place in the church earlier this year, when the Cathedral Church of Saint John the Divine in New York issued an event poster that managed to be both irreverent and reverential, all at once. 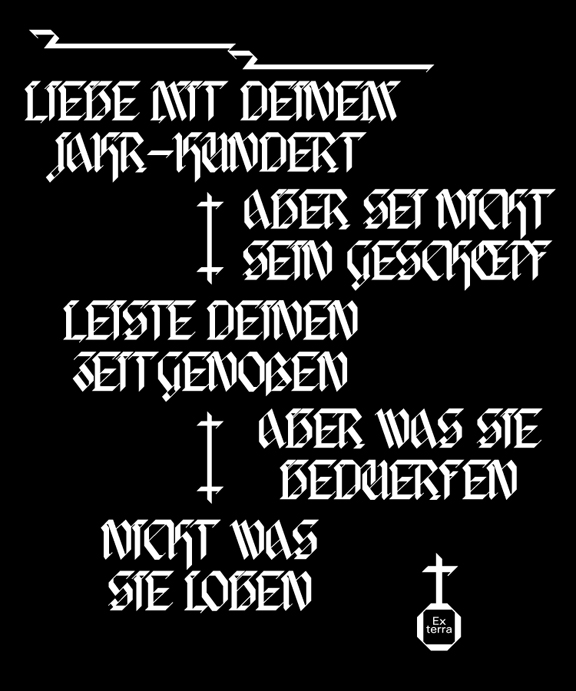 Elsewhere, young designers are creating new interpretations of the design, taking the character of traditional gothic type and applying it to contemporary typeface designs, such as designer David Rudnick’s HyperZeit typeface, which has been used in recent record artwork and posters.

Perhaps ironically – but purposefully – blackletter is at a minimum in the British Library’s Terror and Wonder exhibition, with gothic references kept subtle. The exhibition designer explains, “The arrangement of all the graphics of the panels are referencing tombstones, and the serif that we chose has these really triangular, quite aggressive serifs. It’s a reworking of Stanley Morison’s typeface Times new Roman, and as it gets larger the more extreme it gets.” She adds, pointing to a particularly vicious spur on the capital G, “that G could kill you, right?”

Gothic type also makes its appearance in the pieces on display, and even within the actual literature itself. Horace Walpole’s The Castle of Otranto states in the preface that the work was found in the library of an ancient Catholic family, and, claims it was “printed at Naples, in the black letter, in the year 1529”, calling to mind images of a dark, closely-printed lost manuscript.

Even in the cover of the first edition of Dracula there’s a nod to the spikiness of gothic type in the stake-like descender of the R.

Other book covers seem to reference the dark inkiness of blackletter through the use of another, more legible, typeface. 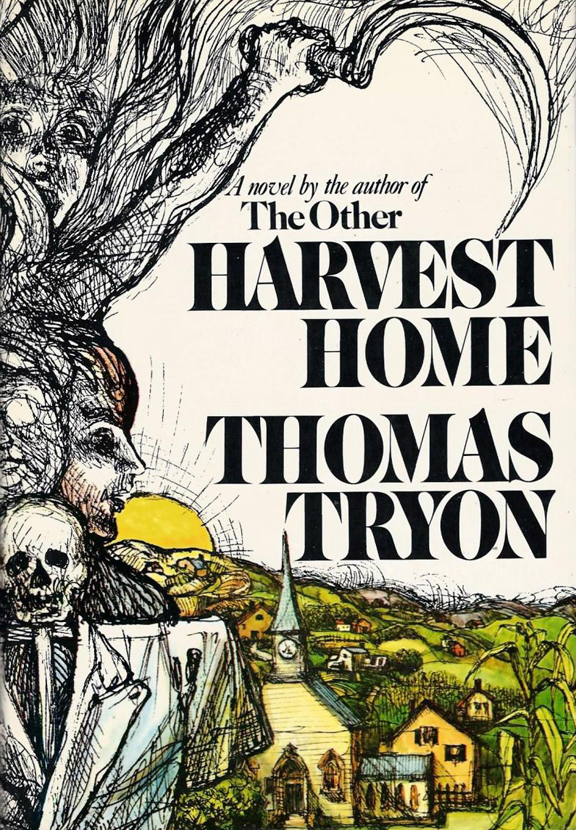 Dark though its story is, and despite its unavoidable historic links, gothic type demonstrates the power that type and letters can hold, both as a visual style, and its ability to provoke a response. In the words of German graphic designer and typographer Otl Aicher, “Writing systems are political, and typography is just as rich a source of cultural insights as gastronomy.”

This site uses Akismet to reduce spam. Learn how your comment data is processed.